You are the Chief of the Board for CWK Oper-ator (a private business which for the last three years has been managing the G2A...

You are the Chief of the Board for CWK Oper-ator (a private business which for the last three years has been managing the G2A Arena by re-quest of the County Government); perhaps you could reflect on this from the perspective of how the structure in question has functioned over those years? Is the Expo Center necessary in Subcarpathian County?
In the last few years, the G2A arena has been visited by 200,000,000 people from over 40 nations, including 2500 exhibitors. It has hosted 300 conferences, summits, and exhibitions, of which partly drew international interest. It is a model example of how public service and the pri-vate sector can work together. For these years, we tried to support the economic development of south-eastern Po-land through local companies and start-ups. You could say it was a time of hard work and many successes. Due to the cooperation between the G2A arena and the local government, we managed to acquire and bring to real-ity such projects as the 590 Summit, which consistently brings together more and more individuals from the fields of business and politics. The last summit had nearly 5000 participants. Subsequent events include the Ukraine-Eu-ropean Forum, Tri-sea Nation Forum, Business Without Limits Summit, Developmental Leaders Congress, Future of Energy Conference, Robotics Expo (in conjunction with the European Space Agency). Conference type events aside, there are many exhibition events such as the Home De-sign Expo, Gastronomic-Hotel Expo, Carpathian Fish, and Game Expo – or events geared toward the specialty of the region which is automobiles – the Da Freakz Meet Expo. The latest project is the Summit of 60 Million. We thought that we should commemorate the hundredth anniversary of Polish independence through the creation of an event which would unite Poles around the world. We wanted an event that would occur both in the US and in Poland — in a way building a transatlantic bridge of understanding.

What are your goals for the next few years?
The mission of the arena is to incite initiative and business activity through creating a haven for start-ups, small and medium local businesses, and the people living in the Subcarpathian county. Through the events hosted at the arena, we try to integrate various social groups. We want to be the center of culture and a positive image for the region.

Creating such events, we keep in mind the cohesion of our business plans with the image presented of the region as one that is going through dynamic economic developments. A region which implements innovation and creates the potential for investment through intelligent specialization and a good living condition. All our projects are the result of our entire G2A team, support from local business, our namesake partner G2A.com, and the local government. It is also worth noting that the structure proudly bears the name G2A Arena for these last few years in honor of the cooperation between CWK Operator and G2A. com – a company which deals in new technology on the international market and recognized in over 170 different countries. Cooperation based on “naming rights” with a dynamically expanding firm greatly enhances the international appeal of both the arena and the region itself. The key to success, after all, is cooperation and communication with businesses, which is why we are members of many business organizations such as – the Subcarpathian Business Club. A crucial factor of our successes is also the close collaboration with the Rzeszow Airport. 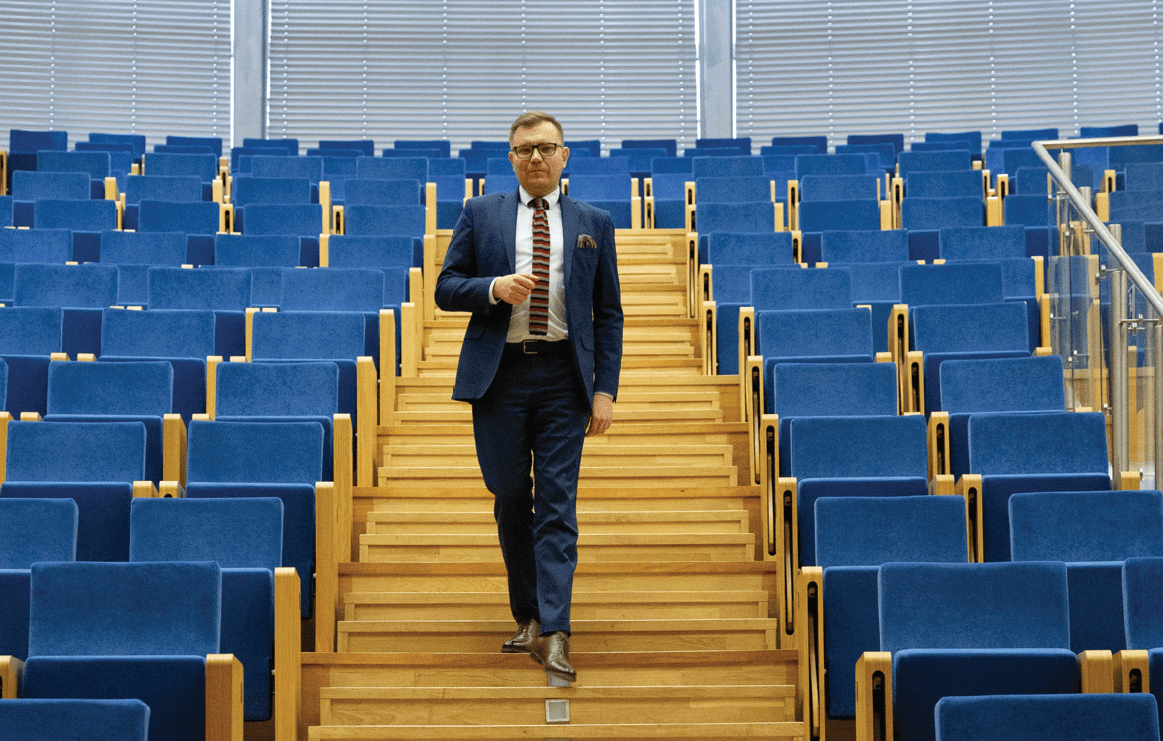 Why in an era of global internet and mobile solutions do we still feel the need to meet in per-son; where is the sense in this type of a venue?
From the perspective of the individual in charge of an Expo Center, my basic function is generating different concepts for conferences of individuals from various fields. Even though we can buy a lot of products and services online, conferences and exhibitions are still very important. Exhibitions remain very successful, similarly, with conferences and summit meetings. We have information readily available on the internet, but, still, (perhaps even more-so than ever) we wish to meet and listen to individuals who can provide us with very substantive knowledge and extensive experience in a field of interest to us. Polls taken regarding the area of personal meetings show us that conferences are a key element in the local and global economy. This theory is confirmed by the economic report on meetings and events in Poland for the year 2016, which was compiled by the Polish Convention Bureau of the Polish Tourist Organization. This report indicates that the field of conferences creates many jobs, is a substantial influence on the overall GDP, and supports innovation. It is thanks to conferences that it is possible to create a fruitful dialog between the fields of business, science, politics, and local government. What more – many startups and small businesses start creating their public image by taking part in expos and conferences – even here at the G2A Arena.

The G2A Arena, therefore, is a meeting place for representatives of various social groups, such as business, science, politics, and local governments. When observing the interactions of these social groups at events, do you see a development of innovation?
That is correct. At the current rate of local development, as well as the national economy and a heightened risk of cy-berattacks, investment in research, and the development of various companies is a must. In Poland, innovation can be seen double. On the one hand, there are more companies that take on the field of research and development; on the other; we see great difficulty and many hindrances to the development of this field. Our country has a great deal of potential to create and perfect innovative solutions known around the world but to achieve this first we need the right conditions. I think, therefore, that the Subcarpathian region, in comparison to other parts of Poland, stands out quite a bit, and the collaboration between business and science becomes more and more entwined. A confirma-tion of this can be the Subcarpathian region forming the PCI – Subcarpathian Innovation Center, or an institution that makes contact between students and companies easi-er in the region. This Center is intended to be a venue to facilitate and support, with the help of local government, the cooperation between the fields of science and business. This, in turn, will help with the commercialization of scientific studies, further develop great technological business ideas of local students, conduct scientific studies with the help and for the betterment of the business world, etc. In order to successfully initiate investment in research and development it is necessary to bilaterally take up actions re-garding national law and educate the business world about the benefits of investing in research and development; and we as the business center of the Subcarpathian, through such initiatives as the Business Without Limits Summit, wish to actively take action in increasing the widely under-stood field of innovation and influence this innovation on a national scale.

In that case, what’s the message you are trying to send with the 60 Million Summit?
The message is simple. There is 38 million Poles in Poland and approximately 22 million living abroad. We are focused on finding entrepreneurs and creating a discussion platform. This platform is intended to unify all Poles from around the world who emigrated during various times in history. We hope to establish lines of communication with the Polonia community around the world to facilitate an exchange of ideas and experiences between them and Poles living domestically in Poland. Through this, often, the result is – as we call it – synergy; a bilateral benefit due to the exchange of experiences and ideas in various fields of business. In 2018 we had three such gatherings; in Miami, Buffalo, and Rzeszow. All of them concluded in unquestionable success. This year we have already begun with the first of six such meetings planned for the year: The 60 Million Summit in Miami.

Why is the Polish summit being held in the Sub-carpathian region?
There are many reasons for the choice of the G2A Arena for the Polish 60 Million Summit. Amongst them: this is where for years now Polish Folklore Festivals have been held by the Polish Unity Brotherhood – one of the hosts of the 60 Million Summit. This is where the World American-Polonia Conference was held, for the first time in 70 years to be organized outside the United States; and it is here that the idea was born on the Poland-USA line of communication. Aside from this, over the last years, the Subcarpathian region has developed quite a bit economically. People who came to visit the area during the 60 Million Summit after years of being away were pleasantly surprised. The Pilot’s Valley, which dominates the region regarding industry, has been developing exponentially and influencing the development of other areas of life in the region. In the last year alone, Pilot’s Valley has gained eleven new factories. The technology which is gained due to new investors is the best in the world. That draws in new specialists and students. Rzeszow is one of the most dynamically developing cities in Poland.