It isn’t exactly a new topie, that we discuss the issue of integration in respects to Poland and the Polonia elements around the world,firstly...

It isn’t exactly a new topie, that we discuss the issue of integration in respects to Poland and the Polonia elements around the world,firstly as an important
sociological aspect, and second as an element which influences the way Poland is perceived internationally. A united people can achieve ore, which everyone beca e aware of during a few editions of the Committee of 60Million!

The idea of the Committee of 60 Million – a global meet-ing of Polish diaspora, is simple. It is an integration of Polish businesses both domestic and from abroad. The name of the committee is based on the general world population of Poles. This committee is tasked with defining the actual status and character of business relations between Polish business, education, and cultural aspects around the world, and defining the brunt of this collaboration and the benefits thereof. – There are 38 million Poles in Poland and nearly 22 million living abroad. We are trying to create a business platform for discussion.

This is intended to unite all Poles who emigrated. It is in-tended as a platform for communication and the exchange of experiences and ideas. In this way we build synergy – let’s call it Polish-Polonia, which is creating a new quality of business and culture

The first two editions of the meeting took place February 9-10, 2018 in Miami, Florida and July 21, 2018, in Buffalo, NY. Both the events proved to be a great success, bringing together nearly 400 guests from a few dozen countries. Among the participants, there were NY Senator Tim Kennedy and Republican Congressman Brian Higgins. August 30-31 this year, at the G2A Arena, we saw a subsequent edition of Committee of 60 million. It was the first Polish edition of the project, and it concluded with great success.

February 7-10 of the current year, the fourth such meeting was held in Miami, of the now annual event – Committee of 60 Million – Global Polish Meeting. Participants and guests debated various important topics from the perspective of domestic Poles and the Polish diaspora around the world. Present as well were representatives of the field of Science such as Professor Janusz Popka from SGH and Anna Pietraszek from Florida International University, or public figures such as Waldemar Biniecki – publicist and columnist for Solidarnosc Weekly. Touching on the topic of the development and promotion of Polish culture, there were lectures by representatives of Polish and diaspora organizations such as Thomas Rozniak: member of the board of directors of the Polish Unity Brotherhood, Hubert Cioromski: director of the Copernicus Foundation or cultural activist Coleen Paderewski – a relative of John Ignacy Paderewski. The world of sports was represent-ed by the CEO of the Polish Olympic Committee: Andrzej Krasnicki and Thomas Zahorski of the Legia Warszawa soccer club board of directors. Also, of note was the presence of the Minister of Naval Commerce and Sailing – Grzegorz Witkowski. 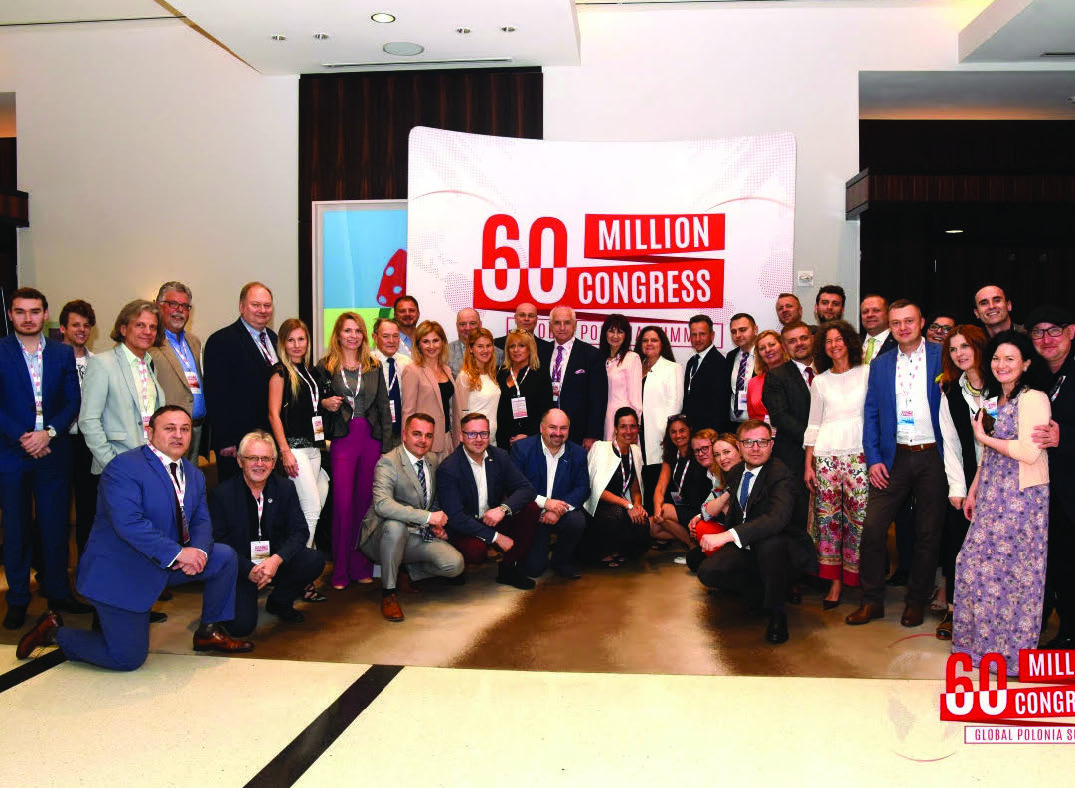 Aside from many substantive meetings with ex-perts, there have been various attractive social events. Among them, a friendly golf tournament and the Golf Academy 60 MLN Cup at Normandy Shores Golf Club, a welcome drink and meeting with retailers from Florida prepared by the South Florida Hispanic Chamber of Commerce or the Florida real estate tour during which participants of the event had the chance to see the most luxurious apartments that Acqualina Resort has to offer.

Committee guests were also invited to a unique banquet on the grand Polish sail ship “Gifts of Youth,” which as part of the Independence Reis hosted our guests on their decks. Participants were greeted by Minister Grzegorz Witkowski, Cpt. Rafal Szymanski and Zbigniew Klonowski Chief of the Board for the Organizational Committee of the Committee of 60 Million.
The fourth edition of the Committee of 60 Million had more than 200 participants from around the world. It’s no coincidence that the meeting was held the day before the 47th annual Polonaise Ball organized by Lady Blanca Rosenstiel. Many guests of the meeting also took part in this incredible event, and the Committee of 60 Million was honored with an award from the American Institute for Polish Culture in Miami and Minister Witkowski in recognition of the efforts involved in organizing such a unifying event for Poles and people of Polish descent from around the world.

“With great joy, we can say, that the Committee of 60 Million, Miami 2019 was a great success, and I can confirm that we were invited to organize subsequent editions in Chicago, Seattle, Los Angeles, Denver and many other places in the United States. This is the most substantial evidence for us that the participants want us to proceed with further development. We re-ceived many thanks and declarations that participants will not only be joining us next year in Miami, but also intend to come to the Europe-an editions as well, and to New York. I would like to emphasize that the American Polonia received the letter from President Duda graciously, it has been read by the General Con-sul from New York, Mathew Golubiewski, and with great emotion listened to the video with Prime Minister Mathew Morawiecki’s speech. 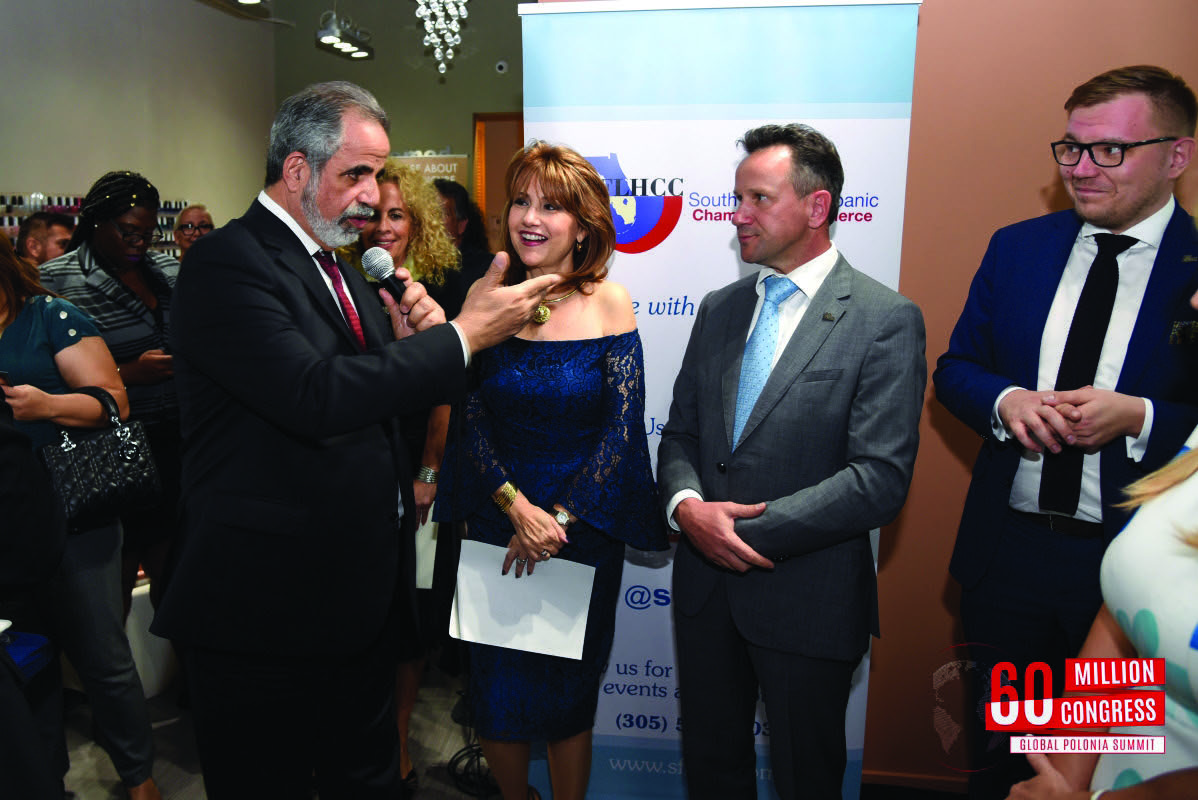 Thanks to these wonderful gestures from the national government, from the very first moment we felt like a united 60 million.” Stated the head of the Committee Zbigniew Klo-nowski. “The many successes of the commit-tee, we must emphasize that of taking the initiative to create a maritime connection between Polish ports and those in Florida, and we will continue with this with the help of the Ministry of Marine Commerce and Sailing, as well as the Polish American Chamber of Commerce of Florida & the Americas. Our representatives opened relations with members of the South Florida Hispanic Chamber of Commerce, but most im-portantly participants created new business relationships amongst themselves, and we hope that this will bring about mutual investment and international cooperation in business. Alsoworthy of note is the fact that we have gained many new acquaintances and we are already set for meet-ing next year in Miami” added Kamil Szymanski.

“We are overjoyed by the success of the Committee of 60 Million and the fact that each subsequent meeting brings together an ever-expanding group of international busi-nessmen and politicians, and most importantly the great-est representatives of Polonia. The committee is becoming a greater platform for the exchange of ideas, creating new business ventures, and for communication between Polish diaspora and the Polish nation. The idea of uniting 60 million Poles scattered throughout the world has dreamed in the minds of many and now is coming into reality, and I hope it will continue to grow in strength at the subsequent meetings this year in London, Berlin, Buffalo, Rzeszow, and New York” said Greg Fryc, co-founder of the project and member of the organizational committee.

The annual Congress of 60 Million is an opportunity to speak of the union between Poland and its diaspora. Future events show us that such assumptions are well grounded, and the project is showing very real results. Therefore, in 2019 there are six such events planned. Aside from the meeting in Miami, this year will take us to London, Berlin, Buffalo, Rzeszow, and NYC. 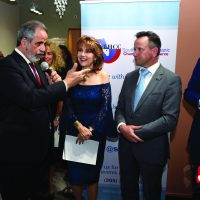 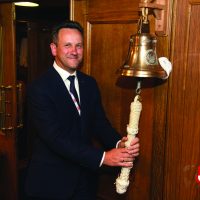 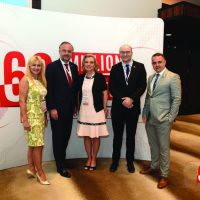 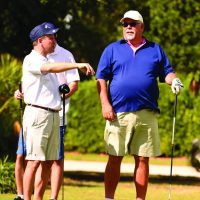 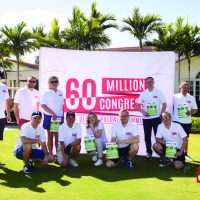 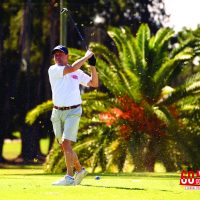 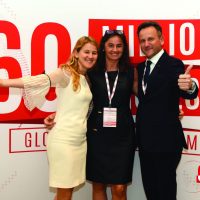 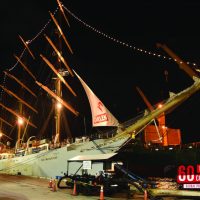 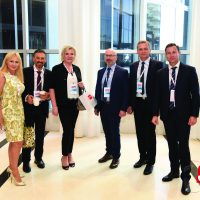 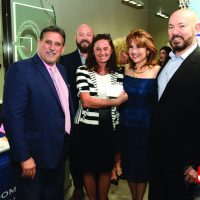 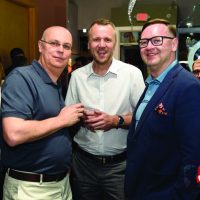 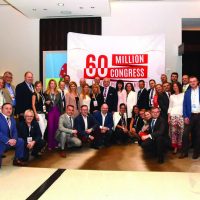 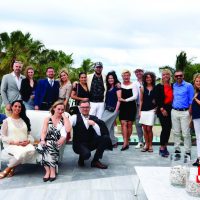