Let’s go back a bit… what brought you to Polish activism? I was born to Polish immigrants and grew up in this society. Besides...

Let’s go back a bit… what brought you to Polish activism?
I was born to Polish immigrants and grew up in this society. Besides this, I was influenced by my family’s history. My father, General Wladislaw Anders, was a symbol, both to Poles in Poland during the Communist era and to those living abroad. When he died, his flag was taken up by my mother. I too try to continue his work. I believe that for years the Polish diaspora has been neglected. Politicians only remembered about these people during elections, and occasionally some financial support was granted. These days we are always in contact. This is very important both to these people and to our nation as well.

Do you believe that closer relations between Poland and its diaspora are important to have a positive image for Poland in the international community?
Of course. The Polonia is part of the international community. These are our ambassadors in various countries. These 60 million of our brothers and sisters scattered across the world is a force to be reckoned with and is truly invaluable.

How should we create this image of Poland?
In my humble opinion, there are two important plateaus. Firstly, enticing foreigners to come to Poland. Be it for business or tourism. Everyone I have spoken with who has visited our country is very impressed. The image of Poland shown in western media is almost nonexistent, and what is said by individuals who have been here in the ’70s, ’80s, or even the ’90s, has nothing to do with reality. Today we are a beautiful, innovative, and safe place to visit.

Secondly, it is maintaining contact with people around the world: politicians, business people, and Polonia and consistently reacting to false information about our nation.

International dialog is a very important issue. How should we go about it so that it is effective?
Mainly, something I already mentioned, meeting with as many leaders of industry as possible abroad. With politicians, especially the local ones. Building dialog, as the words indicate, means talking. The more of them there are the further our outward reach pertaining to increasing interest in Poland.

Can initiatives such as the Committee of 60 Million influence international dialog?
Of course. All initiatives directed to individuals living abroad can have a positive impact on building dialog. We are discussing problems and solutions and trying to find a common denominator for certain actions. This summit is a very important initiative. 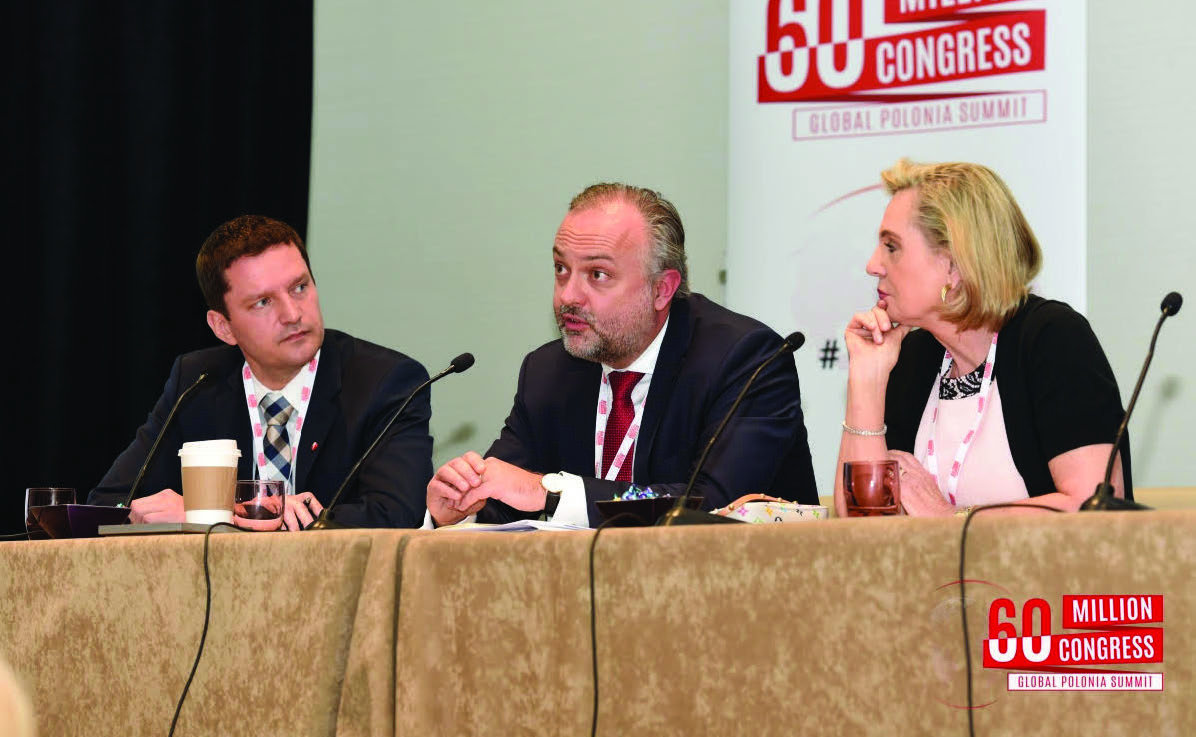 You are American and simultaneously representing the Polish government in the USA… Is building international partnerships difficult from that perspective?
To be precise I have three citizenships – Polish, British due to being born in London and where my parents remained after the war, and American due to my husband, God rest his soul, where now I have lived for many years. To answer your question, I believe it greatly helps in my work, especially that which is directed to the USA or the United Kingdom… I know the realities there, and I know the people. All of them want to speak to me.

What role do diplomats fulfill or can fulfill in brin-ging together 60 million Poles scattered around the globe?
Most important is the informative-integrative role. Polonia tends to be very divided, often not being aware of what is happening in their country. Here is where I see a major role for diplomats.

Innovation, history, those are some of what our country can offer and topics we should promote. But what of our flaws? What are they? How should we work on them as a nation?
We are still very closed off from the outside world. We must understand that this is the global era and we should be open to foreign investment, workers from various nations, and individuals speaking in various languages. We should not create fake barriers. We must learn to love the world, but for that to happen first, we need to learn to love ourselves. A wave of hate is killing our nation, which is overflowing from everywhere. Everyone, but especially the political class and reporters, need to work on turning back this tide. That is a very basic issue.